Cornelia Caroline Funke was born December 10, 1958, in Dorsten, North Rhine-Westphalia. She is a multiple 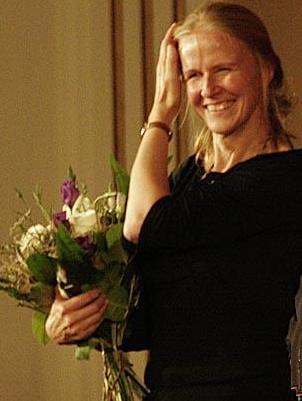 award-winning German author of children's fiction. Funke is best known for her Inkworld trilogy, with the English translation of the third, Inkdeath, released on October 6, 2008.The Inkworld books have gained a variety of attention, and critics have praised Funke as the "German J. K. Rowling".Her books are very popular in her native country, and many have now been translated into English. Her work fits mainly into the fantasy and adventure genres. She currently lives in Los Angeles, California.As a child, she wanted to become an astronaut and or a pilot, but then decided to study paedagogy at the University of Hamburg. After finishing her studies, Funke worked for three years as a social worker, focusing on children with a deprived background. She had a stint illustrating books, but soon began writing her own stories, inspired by the sorts of stories that had appealed to the deprived children she had worked with. During the late 1980s and the 1990s, Funke established herself in Germany with two children's series, namely the fantasy-oriented Gespensterjäger (Ghosthunters) and the Wilde Hühner (Wild Chicks) line of books. Her international breakthrough came with the fantasy novel Dragon Rider (1996), which stayed on the New York Times bestseller list for 78 weeks, and was continued with The Thief Lord (2000, translated into English in 2002), which immediately climbed to the #2 position of the New York Times bestseller list, stayed there for 19 weeks and sold 1.5 million copies. Her follow-up novel was Inkheart (2003), which won the 2004 BookSense Book of the Year Children's Literature award. Inkheart was the first part of a trilogy which was continued with Inkspell (2005), which won Funke her second BookSense Book of the Year Children's Literature award (2006). As a testament to her growing importance, Time magazine listed Funke as one of the "100 most influential people of 2005", calling her the "German J. K. Rowling" and praised her work as a mix of "(underrated) prose, moody, unpredictable characters and the instinctive feel of her 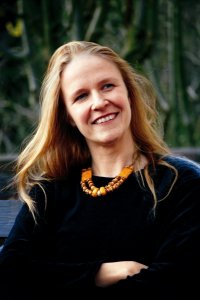 plots, which are happily devoid of emotional manipulation". The trilogy was finally concluded in Inkdeath (published in Germany in 2007, English version Spring 2008, American version Fall 2008). On her personal homepage, Funke states that the vital starting point for a good book is an "idea", and if that idea is worth it, to research on interesting topics which support the idea, and to search for appropriate places and characters. With ideas, she said that for her, "they come from everywhere and nowhere, from outside and inside. I have so many, I won`t be able to write them down in one lifetime." The characters, Funke elaborates, "Mostly they step into my writing room and are so much alive, that I ask myself, where did they come from. Of course, some of them are the result of hard thinking, adding characteristics, manners, etc., but others are alive from the first moment they appear", and pointed out that Dustfinger from "Inkheart" was one of the most vivid characters who ever popped into her mind. For aspiring authors, Funke says: "Read – and be curious. And if somebody says to you: 'Things are this way. You can`t change it' - don`t believe a word." Funke married printer Rolf Funke in 1981. They have two children, Anna (b. 1989) and Ben (b. 1994). For the next 24 years, the Funke family lived in Hamburg, before they moved to Los Angeles in May 2005. Rolf Funke died of colorectal cancer on March 5, 2006 in a Los Angeles hospital.